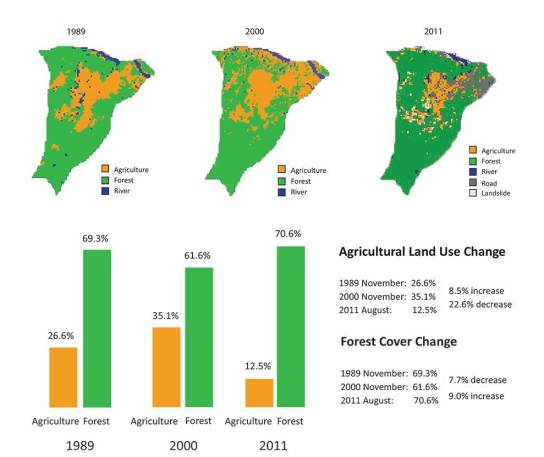 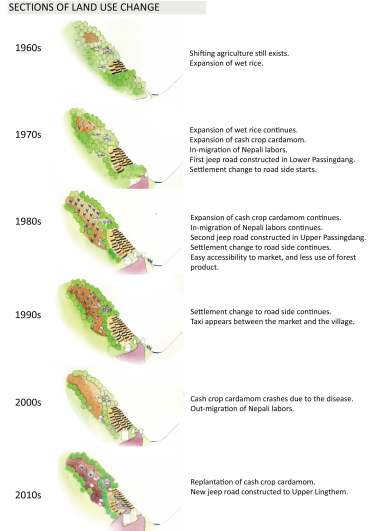 The indigenous Lepcha people have lived in Sikkim, a world biodiversity-hotspot, for more than eight centuries. Their traditional agricultural practices, hunting and gathering, enabled them to be self-sustaining in the biodiverse forest. Cultivated agriculture began around 1900 with the introduction of wet rice and cardamom. In the 1970s, commercial cardamom got expanded. In 2000, cardamom production collapsed due to disease. My research involves case studies at three scales on land use changes in the Lepcha territory following the expansion of cardamom. The first is a coarse grained GIS study of land use change for the village from 1988 to 2102. The other two are fine-grained key informant interview studies—one on land use change, and the second on the persistence of traditional food crops. I found decline in crop diversity in the area devoted to the monocultural cardamom cash crop system, which regionally resulted in a forest cover increase after the crash of the cardamom, and the persistence of traditional food crops only in the most remote villages.